Are Stress and Peace the Rhythm of Life?

Home » Advent and Christmas » Are Stress and Peace the Rhythm of Life? Peace is often hard to find in a world full of stress. We anticipate something to happen one way, but it turns out another.  Stress increases.

We live in the tension between stress and peace.

Our daily lives are high with stress and low on peace.

The tension between them is not new.

Mary and Joseph lived in that tension when God chose them as parents for the holy child.

The angel appeared to Mary with a shocking pronouncement.

But the angel said to her, “Do not be afraid, Mary; you have found favor with God. You will conceive and give birth to a son, and you are to call him Jesus. He will be great and will be called the Son of the Most High. The Lord God will give him the throne of his father David, and he will reign over Jacob’s descendants forever; his kingdom will never end.” Luke 1:30-33 NIV

When Joseph learned of this, he considered divorcing her until the angel spoke to him in a dream.

“Joseph son of David, do not be afraid to take Mary home as your wife, because what is conceived in her is from the Holy Spirit. She will give birth to a son, and you are to give him the name Jesus, because he will save his people from their sins.”

Angelic visitations disrupted their normal lives. Yet they were faithful to believe God’s word.

When Joseph woke up, he did what the angel of the Lord had commanded him and took Mary home as his wife. Matthew 1:24 NIV

In the Nativity story, peace is present in the midst of stress. In the midst of their questions, they looked to God and trusted him. Joseph remarkably accepted Jesus as his son. The tension resolved to peace as they acted in faith to God’s word.

And Mary said: “My soul glorifies the Lord and my spirit rejoices in God my Savior, for he has been mindful of the humble state of his servant. From now on all generations will call me blessed, for the Mighty One has done great things for me—holy is his name.” Luke 1:46-49 NIV

On the night of Jesus’ birth, unsuspecting shepherds received the heavenly birth announcement.

An angel of the Lord appeared to them, and the glory of the Lord shone around them, and they were terrified. But the angel said to them, “Do not be afraid. I bring you good news that will cause great joy for all the people.Today in the town of David a Savior has been born to you; he is the Messiah, the Lord. This will be a sign to you: You will find a baby wrapped in cloths and lying in a manger.”

The angels proclaimed praise and spoke of peace.

The shepherds obeyed the angels and sought the baby in the manger. Their response of fear turned to praise.

The shepherds returned, glorifying and praising God for all the things they had heard and seen, which were just as they had been told.

The Magi sought the babe called the king of the Jews because they knew the prophecies.

After Jesus was born in Bethlehem in Judea, during the time of King Herod, Magi from the east came to Jerusalem and asked, “Where is the one who has been born king of the Jews? We saw his star when it rose and have come to worship him.”

On coming to the house, they saw the child with his mother Mary, and they bowed down and worshiped him. Then they opened their treasures and presented him with gifts of gold, frankincense and myrrh. Matthew 2:1-2, 11 NIV

Although they didn’t know the outcome, every person in the nativity story faithfully listened and obeyed in the face of uncertainty and stress. Mary and Joseph, the shepherds, and the Magi had an awareness of God’s word and prophecy for the Messiah.

Stress and peace are the rhythms of life.

God broke into the pain and chaos of life with the birth of Jesus, Prince of Peace.

When our hearts look to the Lord we find peace. When we act with trust, praise, and faith, our peace grows in the midst of stress.

May your peace increase over the stresses in your life. 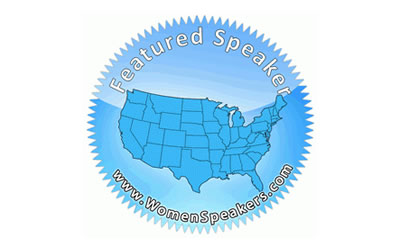