Persevere Past the Mid-way Point

The mid-year point has passed, and we are now in the second half of 2014. It’s hard to believe,isn’t it? In many places school has resumed.

Mid-way points are interesting; they are markers indicating progress. When traveling, you are half way to your destination. When working on a project, you see some progress, but have more to accomplish for its completion.

One of the challenges of the mid-way point of a project is persevering to finish in spite of the setbacks of tiredness, lack of motivation, or loss of vision for the completed project.

In the past months I’ve been diligently editing the manuscript for my first book, The Grace Impact. I made it half way through when I came upon a delay. I had a choice–to let it derail me or persevere, remembering the greater vision of the completed book.

At that time I was visiting my young grandchildren. I wanted to give the two-year-old a book, so I chose “The Little Engine That Could” since we had been playing with his train set. Besides, it is one of my children’s stories that encourages perseverance.

Reading the book numerous times brought back memories of sharing it with my children as well as creating new memories with my grandchildren. 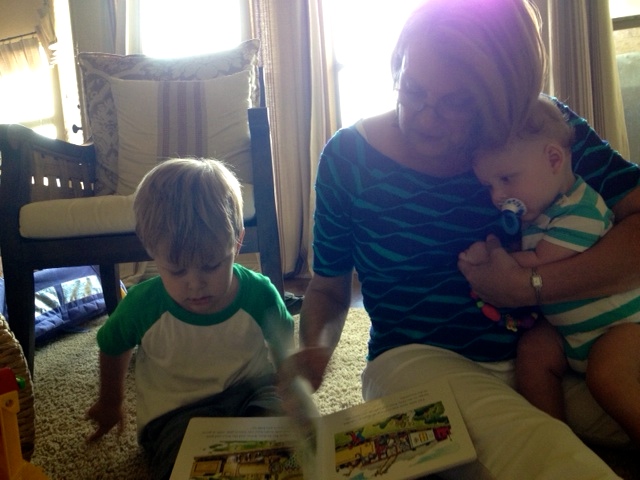 It was on this day I learned of the delay on my project. To be honest, I initially felt discouraged.

Since that day I have continued working on it and am now closer to its completion.

Philippians 3:13-14 encourages us to persevere through the mid-way point.

“But one thing I do: Forgetting what is behind and straining toward what is ahead,
I press on toward the goal to win the prize for which God has called me heavenward in Christ Jesus.”

Are you at mid-way point in some project? If so, persevere with the goal of the completed project in sight. Take the next step to move forward. Trust the Lord for the energy to finish strong.